Saturday, june 30th, the reopening of the mythical Assietta Road: the longest dirty road in altitude of Alps, with wonderful landscapes and an ancient history of an epic battle 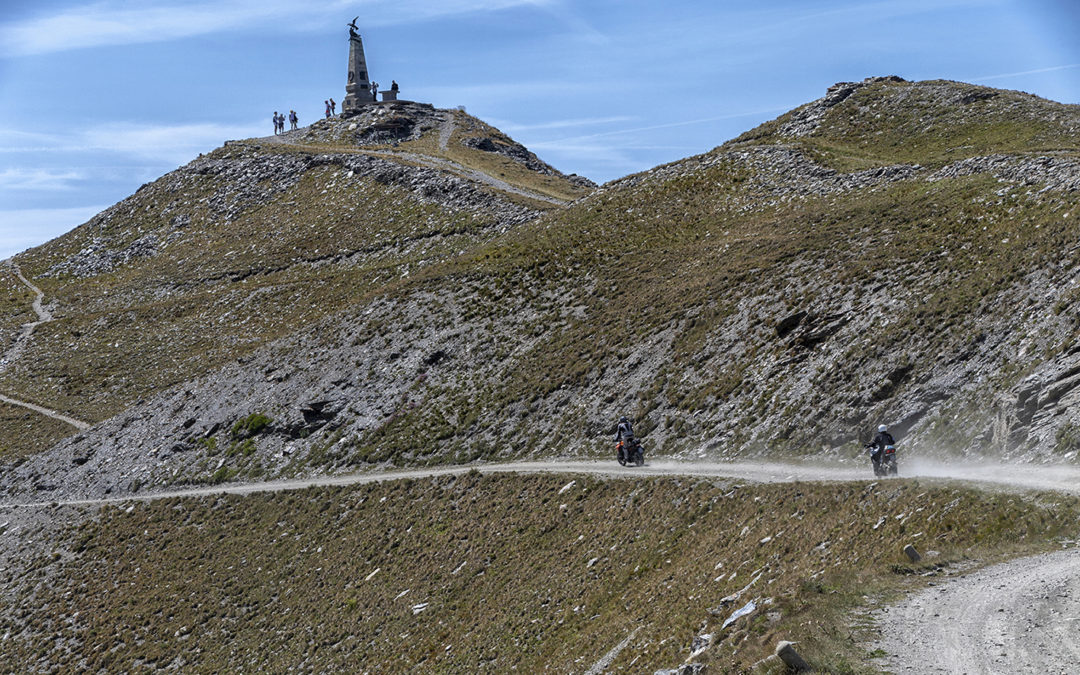 USSEAUX – Thanks to the hard work of the technicians of  Città Metropolitana di Torino, the same who have freed Pian dell’Alpe road from a big stone of 70 tons, saturday june 30th has reopened to traffic SP173, the legendary Assietta Road, which from Pian dell’Alpe in Usseaux land, arrives to Sestriere after a 36 kilometers ride all over 2000 meters of altitude between Alta Val Chisone and Alta Valsusa.

The spectacular and scenic route opens to the traffic after winter closing, thanks to the last works facilitated by the nice weather of the last days. The snow cleaning has finished wednesady, june 20th, but it has been necessary to break the 25 cubic meters rock fallen on the road.

The ordinance to regulate traffic during july and august, orders the closing of motor traffic form 9 a.m.to 5 p.m. Every wednesday and saturday from Pian dell’Alpe ( km.36) to Sestriere (km 6+900). During all this period the maximum speed limit is 30 km/h and it’s forbidden the transit of vehicles with a mass weight exceeding 3,5 tons, and more than 2 meters large. There is a ban on overtaking and it’s forbidden to stop out of the parkink areas.

It’ s recommended to motorbikers the maximum respect of the bikers and a slow driving without too much gas which can create potholes that during winter put to risk road traffic.

Sunday, Juli 1st SP173 will be closed to traffic for “Assietta Legend” bike race and it will be re opened on july 2nd. The next winter closing is from October 31st to June 15th 2019, if there will be no signifant meteorological events.

The route: a rise and fall towards hills and peaks

Assietta Road climbs almost entirely over 2000 meters altitude, offering a wonderful landscape on Susa and Chisone Valley. From Pian dell’Alpe the route climbs passing from the foot of Ciantiplagna peak (2849mts), Vallette Peak ( 2743), Gran Pelà ( 2692) and Gran Serin peak ( 2629) arriving at 2474 meters of Colle dell’Assietta, where, on july 19th 1747 there was the historycal battle where Piedmontese army defeated French who were many more. 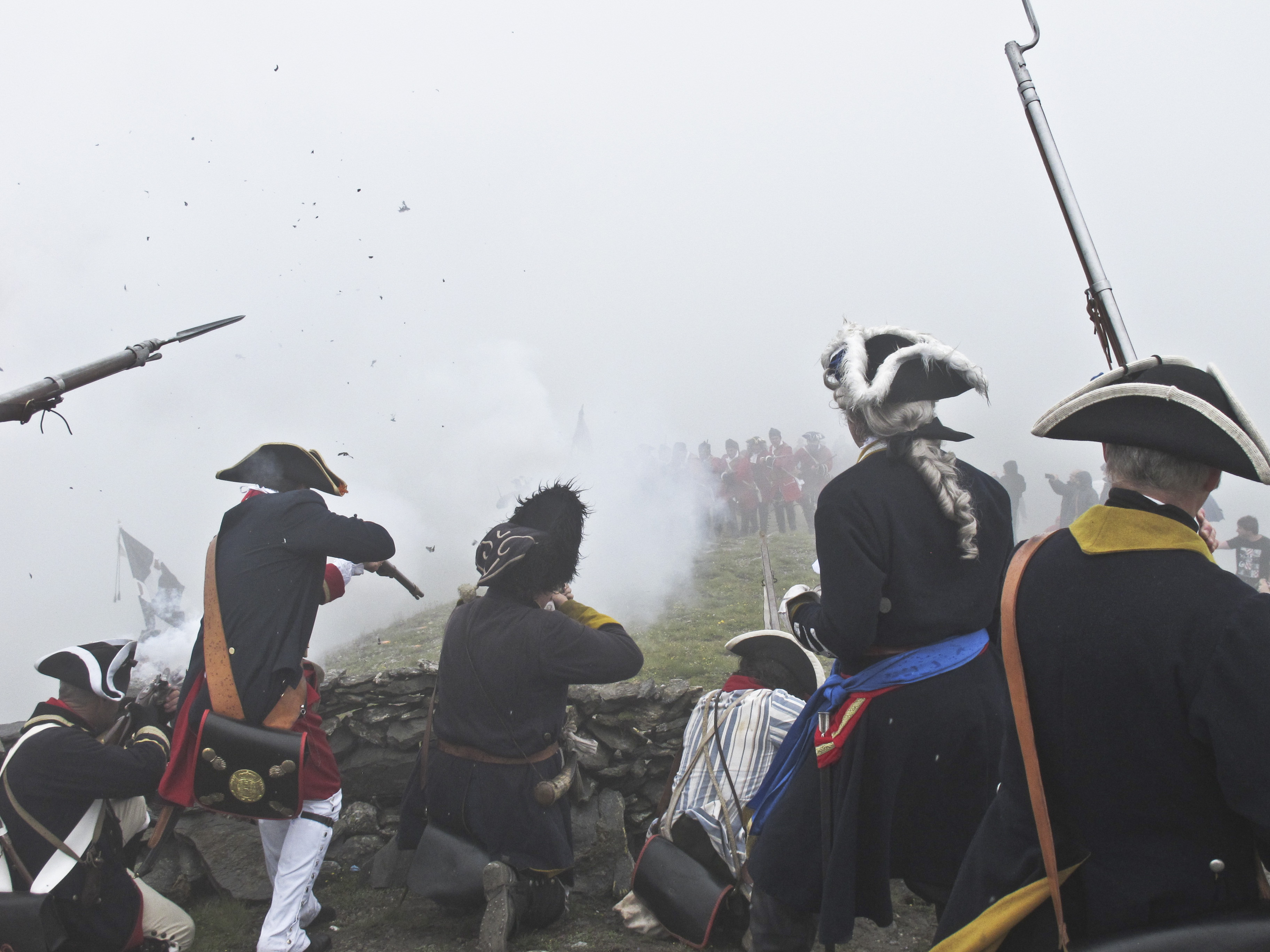 This road is not only a motor and bikes adventures destination, but it is also an immersion into the history of the highest battle fought in Europe before WWI, during the austrian succession war. The piedmontese soldiers were positioned in a sort of semicircle on a small ridge and they have two mainstays: Assietta’s head and Gran Serein’s head, which were 1500 meters far one from another.

French army was stronger for the great number of soldiers: 32 batallions and artillery ten times more than the enemies. French attacked strongly at 4 p.m. on three columns in front and beside. Piedmontese army fighted some attacks and  it was able to defeat french, who were obliged to retreat, with heavy loss of lives. They had only some small success against soldiers who were in trench on the plain.

The central column assaulted the soldiers in Assietta’s head, where today you can see the monument, but the heroic strenght of 1st battalion of Grenadier guards, with the Grenadiers of Casale battalion, stopped the assault.

During the fight, piedmontese granadiers, following the heroism of their chief Tenente colonnello Conte di S. Sebastiano, who ignored his superior’order ( Conte Cacherano di Bricherasio), didn’t retreat, even if they were under threat.

The french General Charles Fouquet, duke of Belle-Isle, took a flag and went forward to animate his soldiers, but he was wounded two times and then shooted with many other soldiers who insisted on the assault. Piedmontese Granadiers, without ammunitions, fight them with stones only, killing the most part of them.

During the fight on the left side, on Gran Serin‘s head, a strong column attacked the Piedmontese battalions which called some soldiers from Assietta.

But Conte di S. Sebastiano didn’t obey to orders so French were obliged to go back with some dead. At sunset the entire French army was defeated. The losses in this battle, honourable for both fighters, were enormous: 5.300 french soldiers, 439 officers, two Generals, five Brigadiers, nine Colonels.

Every July 19th  the battle of Assietta is celebrated with a ceremony and a re-enactment to remember the heroes who lost their lives fighting for their countries.