Pramand Route is now open until Saracens tunnel. The landslide in Rio Secco has been removed. In August the works to make the tunnel safety will begin 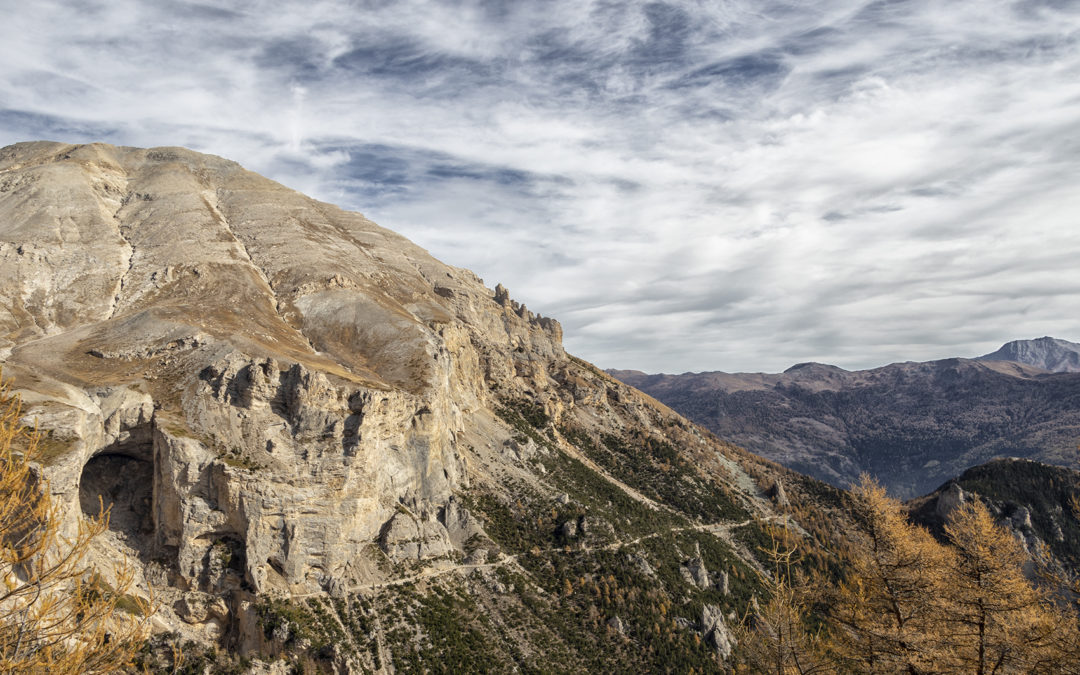 SALBERTRAND – After winter time and a snowy spring, the climb to Pramand Fort from Moncellier, in Salbertrand country, was forbidden by a great landslide, closing the route at Rio Secco viaduct, in the spectacular ex military road Fenil-Pramand-Föens-Jafferau  which takes to all the old forts by Seguret–Jafferau side in High Susa Valley.

From the last week of july, thanks to the works made by the High Susa Valley forest service, the road that climbs from Fenil-Moncellier is cleaned up and the spectacular fort which dominates all the High Valley landscape, is now reachable with motor vehicles. This precious work will permit,on the first days of august, the company commissioned by Unione montana Alta Valle Susa, and Oulx township, to start the works of security of Pramand tunnel, or Saracens tunnel thanks to a financing of Regione Piemonte, closed  in september 2013 by military government-owned, which owned them for safety reasons.

The tunnel exhibits some water fallen with facing removing that put on a risk many tourists.

Despite the interdiction someone has continued to pass.

Now that the project has been financied, the route and the tunnel, properties of the townships and Unione Montana, the works should be finished in september and the route Fenil-Moncellier-Pramand-Jafferau will be driveable by motorcycles, and bikes but with a new regulation. 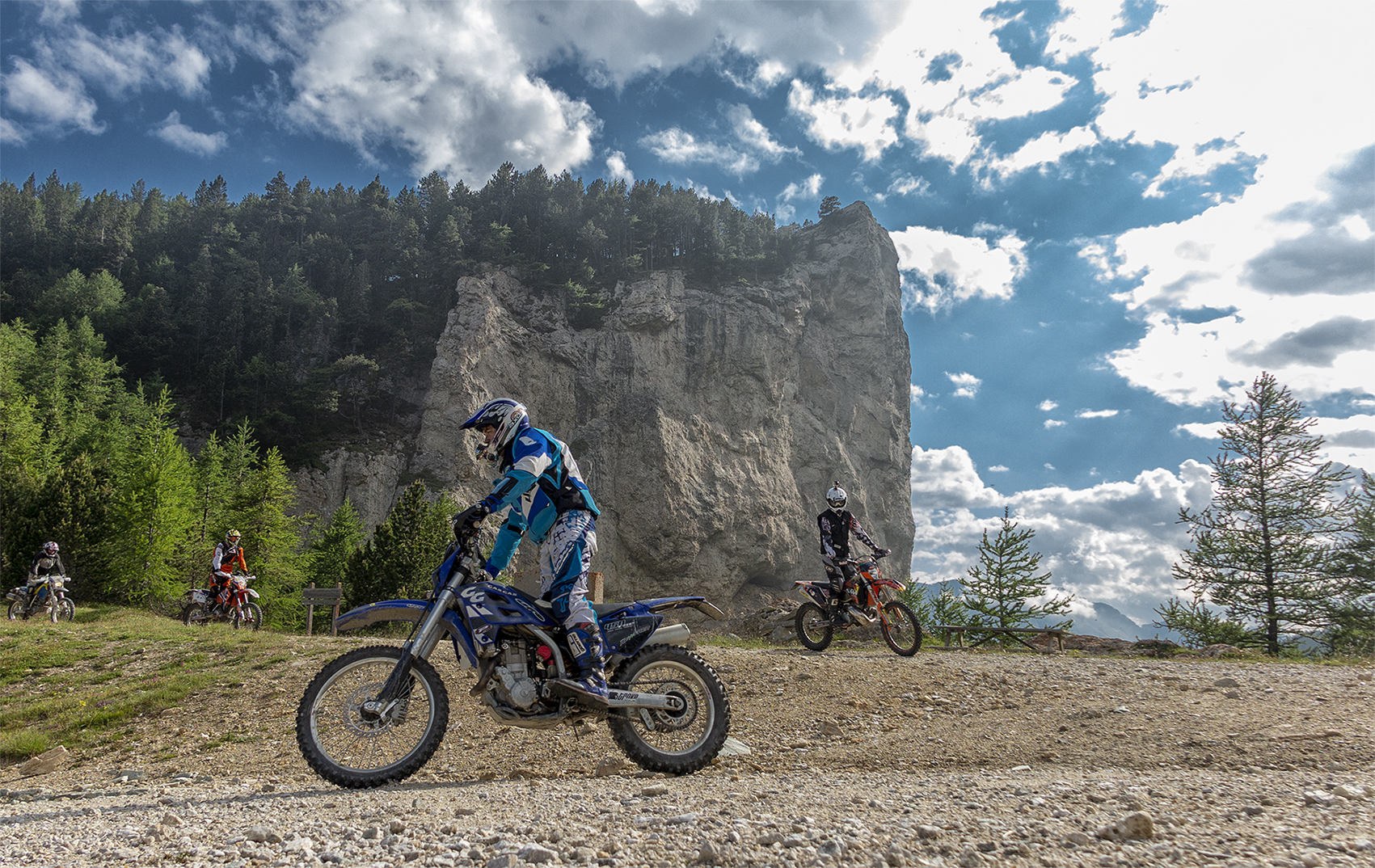 The Pramand or “ Saracens tunnel “

The tunnel and the route are a real italian military architectural jewel, dated on the end of XIX and the beginning of XX century, permitting the access to one of the most attractive mountain areas in Susa Valley, starting from Föens Fort and Jafferau fort 2.775 meters high, to the trails climbing to Seguret, which overlooks Oulx. It’s impossible to reach those lands also on foot, without passing through the tunnel that crosses the slippery zone of Saracens caves, where no trail is safety.

The tunnel belongs to the military road Fenil-Jafferau, built from 1890 to connect the valley floor, to the military batteries of Fenil, Pramand, Föens e Jafferau, which protected Bardonecchia. The most critical point of this road was the one which passed through Saracens caves, subjected to landslides and water fallen, making the road a little trail.

In the end to prevent the continuous rocks fallen from the top of Seguret, in 1925 the army engineers planned the tunnel, 876 meters long, with a U shape, going inside the mountain, avoiding rocks and landslides.

The width allowed to transit in one direction only and in the half there was an open space to turn. On the wall there were also some lights. The works lasted  for four years, until 1929.

In 1940, after a great landslide destroyed the road near the south entry, some new works were done, escavating a small connecting tunnel. 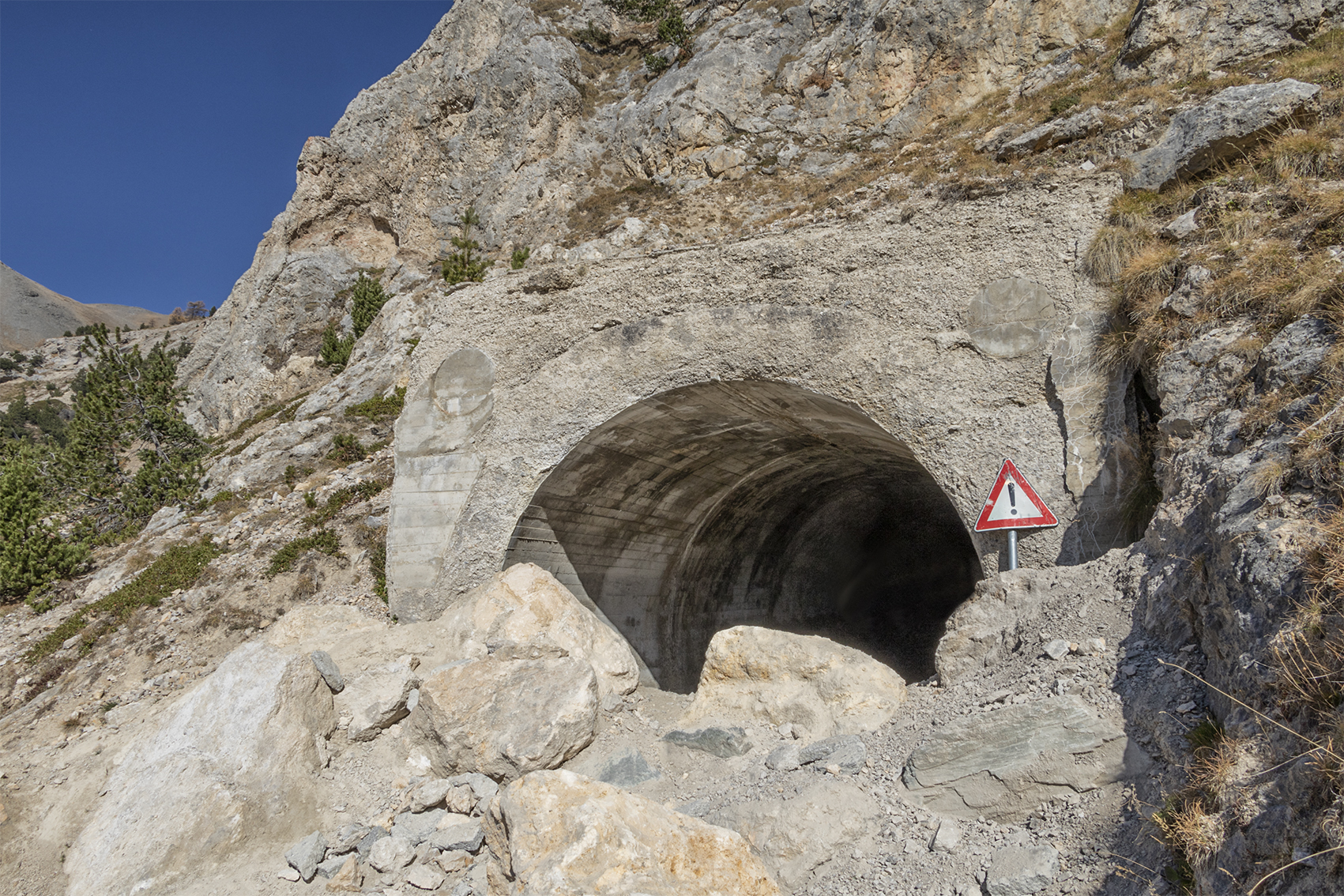 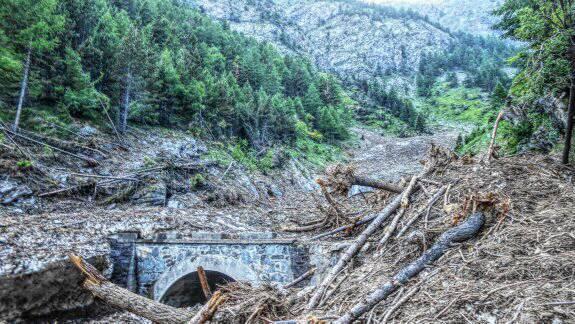