Pramand-Jafferau-Foens road: the order with heavy motor traffic restrictions becomes effective. Motorbikes and cars could go up only on Wednesday and Saturday 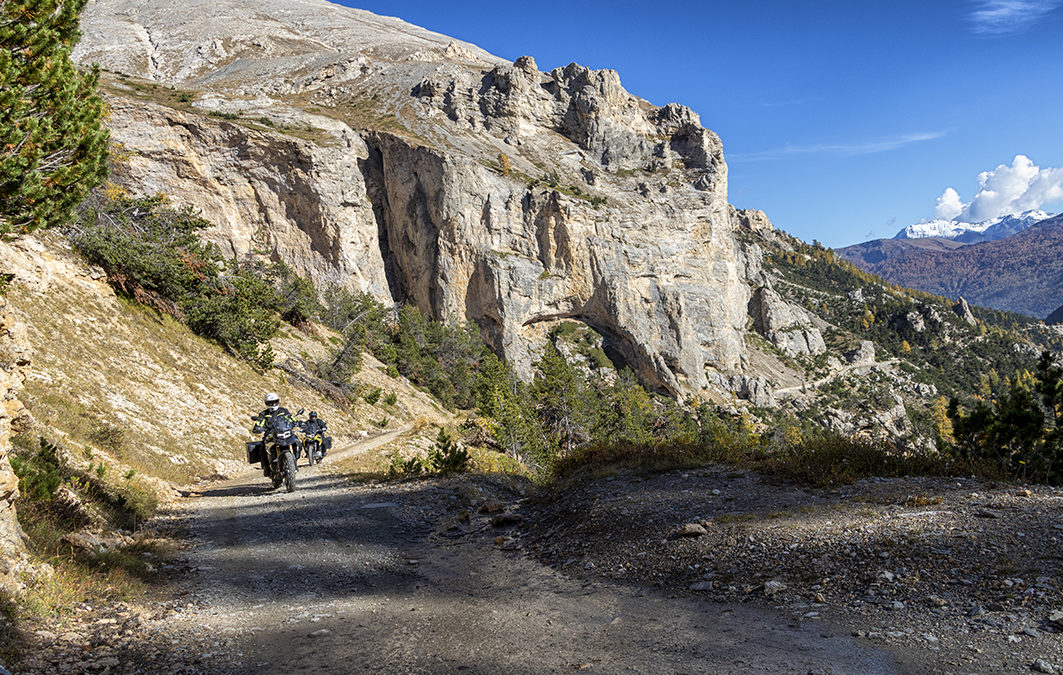 SALBERTRAND – OULX – BARDONECCHIA- The order of motor traffic restrictions on Pramand-Fort Jafferau-Fort Foëns road has become effective with the installation of the advice signage in four languages: in short the ex military road n.79including the wonderful cornering tunnel of 800 mts excavated in the rock of Mount Seguret, the so called Pramand tunnel or Saraceni’s tunnel is now closed to the motorbikes and cars traffic from Colletto Pramand with the only exception of Wednesday and Saturday provided that not festives.

A choice that strongly penalizes every motor customer -main foreign touristic element of High Susa Valley especially in the month of September- made after the functional recovery of the Pramand tunnel, that was closed by the involved municipalities for 5 years for structural failures. In that period orders of traffic limitations opened it only to bikers and walkers.

The east entrance of the Pramand or Saracen Tunnel

The origin of the restrictive measure: the constraints put by the funds received from Europe ( RDP rural development plan ) for the restoration of Seguret tunnel after the participation to a funding on outdoor, hiking and cyclotourism.

On September 2013 the North West military region command ordered the closing for safety reasons of the pedestrian and vehicle transit in Seguret tunnel, under the wonderful but fragile karst dolomite massif of Seguret. The concrete vault detachings on the natural excavation, caused by water leaks and convective pressure, jeopardized the security of people in transit.

To solve the problem, that for years had created a serious damage to the tourist economy of the territory, destination of a large number of foreign motorcyclists, the involved municipalities took charge of the road purchase by the military domain and decided to give its management to Unione Montana Alta Valle Susa which look for the necessary funds for the tunnel functional restoration. The works finished in autumn 2018.  (read:   https://www.alpsmoto.tours/en/pramand-tunnel-reopened-road-fenil-moncellier-pramand-fort-jafferau-completely-viable-again-wonderful-autumn-valsusa/)

The reason for the current traffic limitations, which has provoked immediately controversies ( and nevertheless embarrassment in the involved administrators)  in particular in the local economic operators that considers the motorbike tourism, especially from northern Europe, a key element for the summer season, was born from the financing required by Unione Montana to Regione Piemonte for the tunnel renovation, together with other actions, in the regional funding PSR on Misura 7.5.1 financing the improvement of tourism and leisure outdoor infrastructure “ to help to diversify and seasonally adjust the tourism offer, to preserve the landscape and promote local specialties”.

The involved authorities, to earn the maximum score on the regional funding, had committed themselves to formalize and regulate the multiple use of the road in the stretch Forte Pramand – Bardonecchia (bacini) and of the entry places “ in accordance with the purposes and goals of misura 7.5.1 del PSR 2014/2020, providing for the road opening to motor vehicles not more than two days a week” that’s the reason why Regione Piemonte bound the municipalities to comply with what they had declared at the moment of the funding admission’s request, on pain of return funds and be penalized for having return an European fund.

In compliance with the guidelines of the fund’s admission (PSR 2014-2020,  Misura 7.5.1), this almost full traffic restriction obliges the beneficiary institutions until 31.12.2024 and however for five years after the balance of the funding payment date.

Unione Montana Alta Valle Susa: “ We’re looking for a less punitively solution for motor vehicles. Without a toll we can’t never have the resources to maintain the road of Pramand efficient and safety”

It’s an obliged choice that doesn’t match with the aims of Unione Montana Alta Valle Susa, the Pramand road managing authority, which tried to find a better solution” President Piero Nurisso confirms: “ Today we can’t do in a different way. We’ve spoken for a longtime with Regione Piemonte and when we had requested the funds our priority was to save the tunnel because there were nomoney, that’s maybe why we hadn’t well pondered the restrictions”

The way forward to us in a short time is to transfer the property of the road of touristic interest, now owned by the military domain, to the municipalities and then to organize a scheduled toll system. That’s why we’re already monitoring Pramand and Assietta roads with cams to understand the type of vehicles and their origin, to argue with real data. Unfortunately, in September, we can consider only the data of nine days of opening: September is the month of maximum attendance of foreign motorcyclists and off-road drivers, so it’s clear we’ll have distorted data. 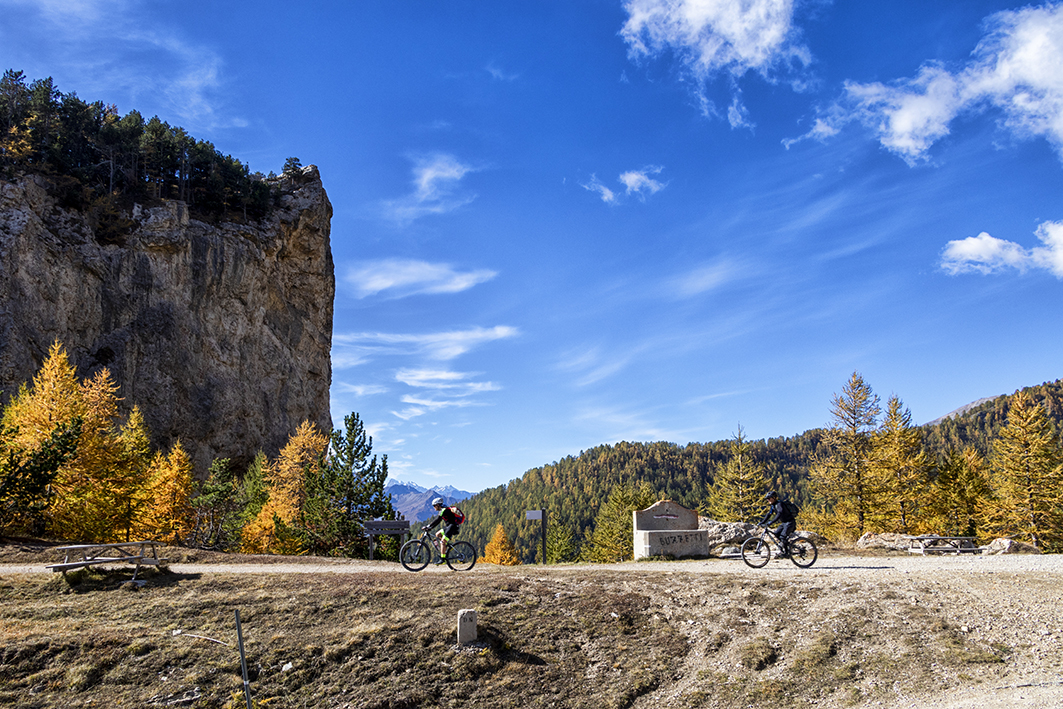 Cyclists in MTB at the Colletto Pramand

Rules of access on the stretch of the Pramand road from Colletto del Pramand in Salbertrand and Oulx municipalities to bacini Jafferau in Bardonecchia.

ROAD CLOSURE PLAN: ( abstract art.8 and omissis): closed to motorized vehicles on Sundays, Mondays, Tuesdays, Fridays and holidays on the Pramand road from  from Colletto del Pramand in Salbertrand and Oulx municipalities to bacini Jafferau in Bardonecchia. The closure includes:

The only access to motorized vehicles are from Salbertrand and Bardonecchia, but every access in Bardonecchia municipality, as Valfredda,going to Fort Jafferau, is ruled directly by the municipality’s office, such as the stretch Col Basset – Forte Jafferau. (Read ordinanza del Comune di Bardonecchia)

This rules are effective from june 1st to september 30thbut if weather conditions are good Consorzio Forestale Alta Valle Susacould decide to extend the opening until October 31st.

The issue of the transit permit is an exceptional occurrence and the owners are obliged to:

It’s forbidden to all motor vehicles:

This regulation will be attached along the road, near the access and detected by the information tools referred to in article 5.

The partly reduced administrative penalty is 120€ for offenders.

In accordance with article 15 of the regulation a penalty for violation of the regional law n°32/1982 e s.m  is applied to offenders. 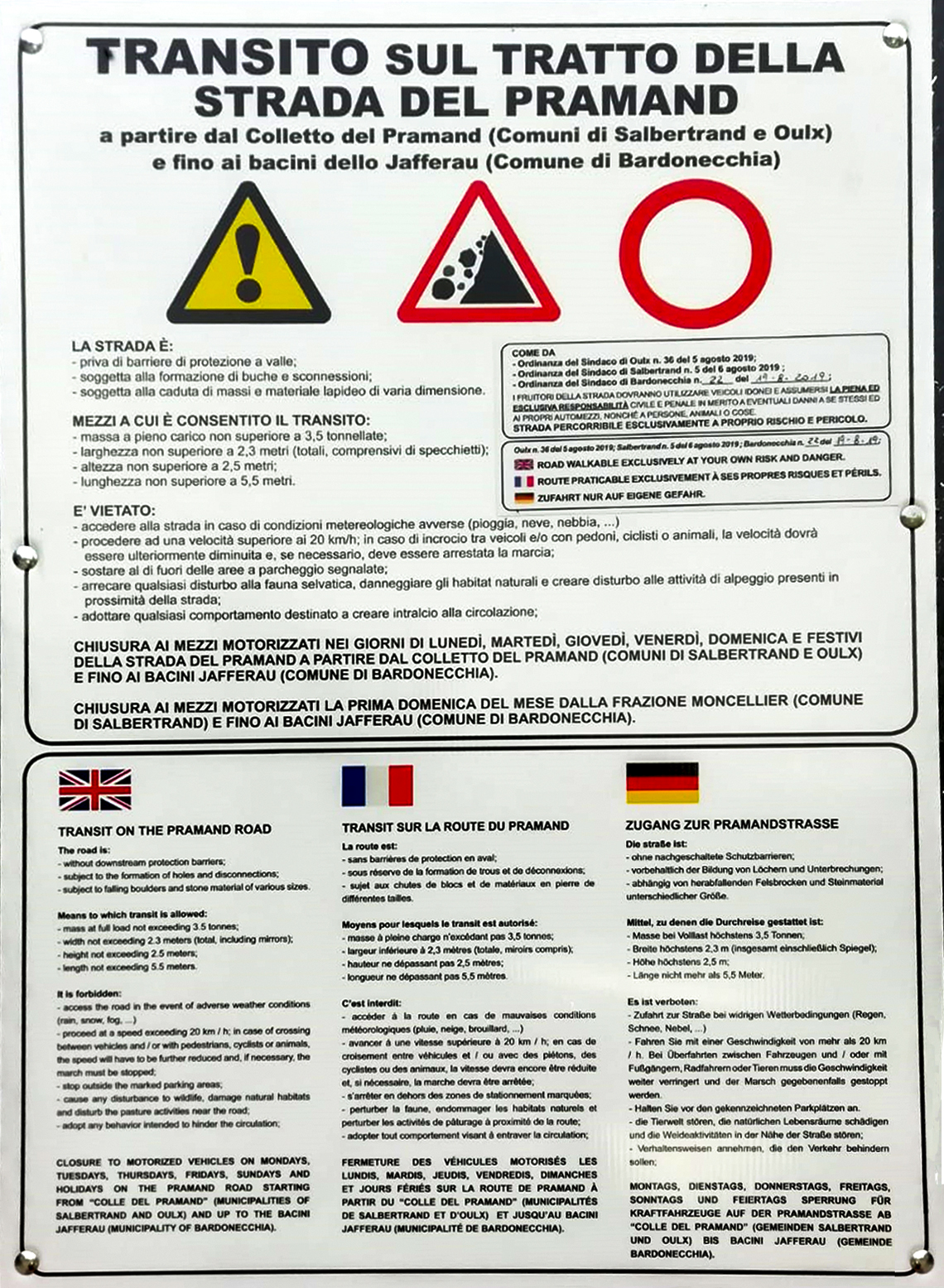