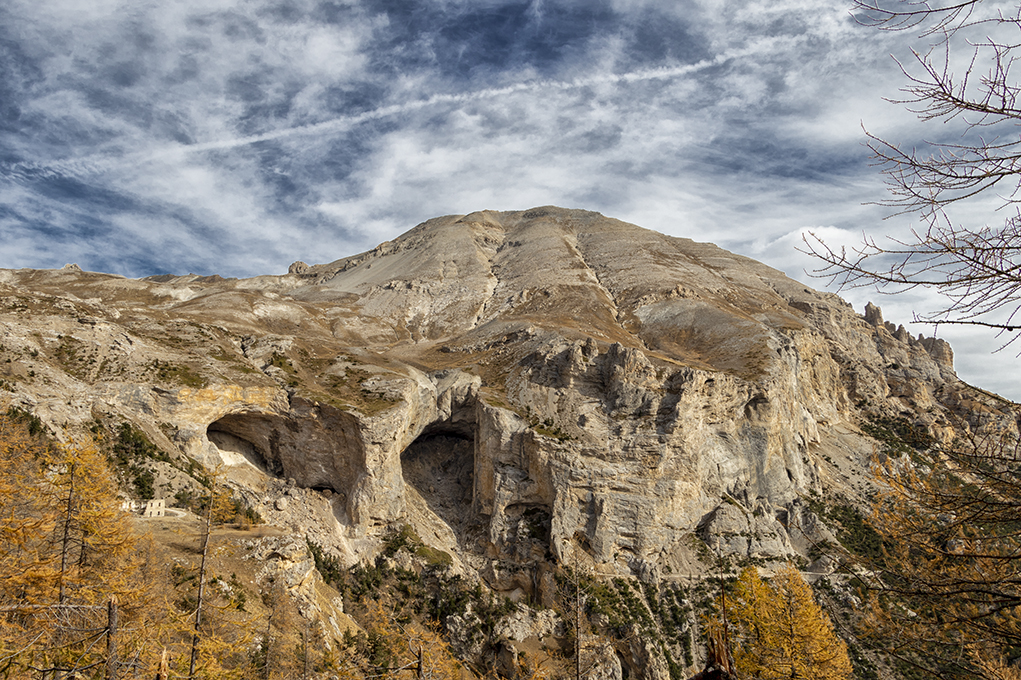 The Military Road 79, so called by Italian Army, is a wonderful dirt road crossing the left river side of Susa Valley to reach the east side of Bardonecchia lock.

Along the road you can find a lot of fortifications and military works built at the end of XIX century and then strengthened before II world war, belonging to defensive line Jafferau-Pramand when the dorsal Seguret-Jafferau became a strategic defensive point of the Valley.

The road arrives at JAFFERAU FORT, 2805m, with a development of 20km and 12 of branches.

The real jewel and the main characteristic of this road is PRAMAND TUNNEL called SARACEN TUNNEL 876m long and dug in corners under the spires of MOUNT SEGURET between the two world wars.

The tunnel underwent safety works, committed by Unione montana Alta Valle Susa with the aid of Consorzio forestale alta Valle Susa thanks to a funding of Piedmont region on European funds for rural developing (Psr), finished in 2018 and it will reopen to veichles and pedestrians on June 2019.

ATTENTION: The traffic of motor vehicles will be ruled, all the details will be given within the month of may.

That’s the reason why this itinerary is divided in two sections.

You can start from EXILLES FORT, go ahead after the village to the main road SS DEL MONGINEVRO direction SALBERTRAND. When you have passed the village after three close hairpins you find a crossroad on the left signing ECLAUSE-PRAMAND-GRANGE DELLA VALLE and you turn right. If you arrive from the west side of the main road must turn left at the end of the climb, turning carefully.

From the crossroad after FENILS FORT go ahead to Frazione Moncellier after a crossroad to Ecaluse. Here the asphalt ends in front of Saint Ippolito Chapel with its pink front and go ahead until the dirt road.

From this point in a safely driving is recommended respecting bikers, hikers and joggers using the same road.

After a first bridge avoid the crossroad to Frenèe and pass a second and a third bridge and the roads begins considerably climbing in east-west direction. Near Grange Chaplet, km 8+300 stuck in the hairpin’s wall you can note the stone sign “DUX” technical masterpiece of local manpower specialized in stone working, unfortunately vandalized in spring 2016.

This branch is rich of military history. Immediately you find the ruins of shacks near a big fountain and a small road to the fort. Then, after two hairpins, you can see the arch inside the rock which takes to the powder-keg. Instead following the main road you arrive to an hairpin where on its left you can see the Pramand battery court, which was armed with four cannons installed when necessary.

Parking your motorcycle you can walk through a path which takes to a trench which was the artillery observatory, built on a stone cliff dominating the Valley.

You come back driving in the same route to Colletto del Pramand (we remind you that is strictly forbidden to run off the road!) and continuing for about 1,5 km on the main path, you can reach, after a short tunnel, the portal and the south-east entrance of the amazing SEGURET TUNNEL. 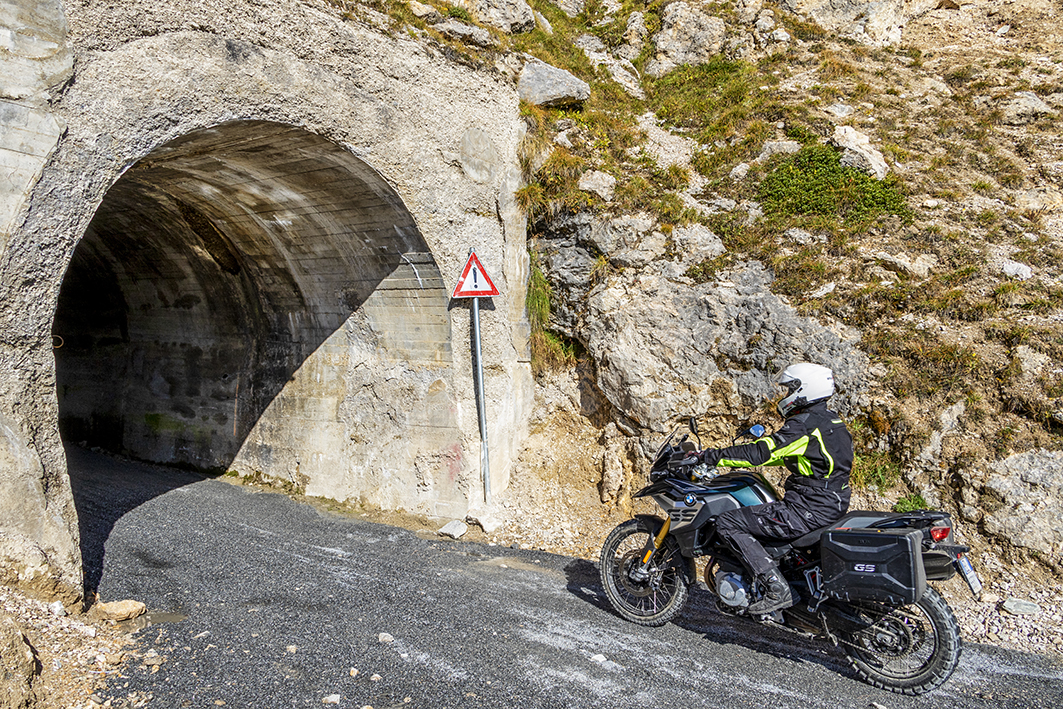 The Saraceni’s tunnel has been driven in advance at the end of October 2018 by our friends reporters of ROADBOOK, who realized this amazing video-adventure on this route reported on n.10 of the magazine ( february-march 2019). 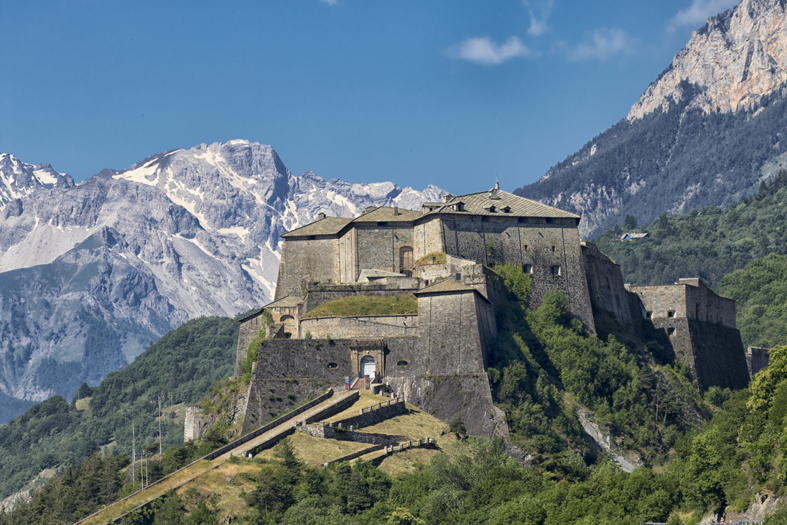 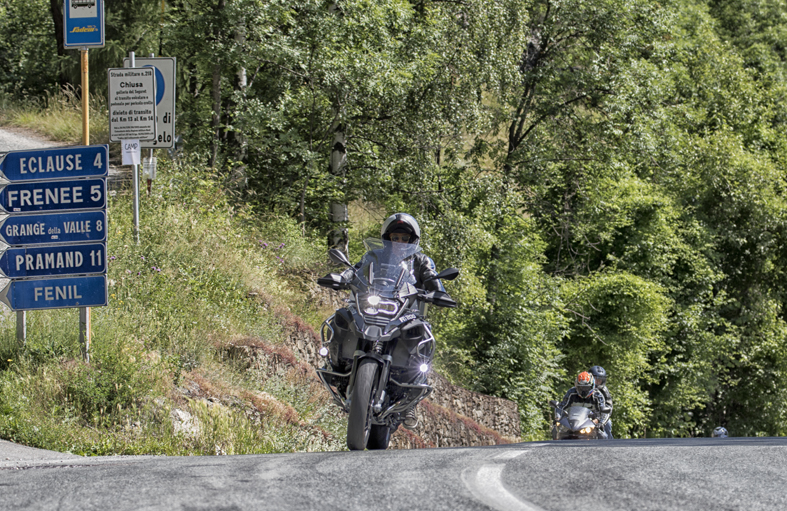 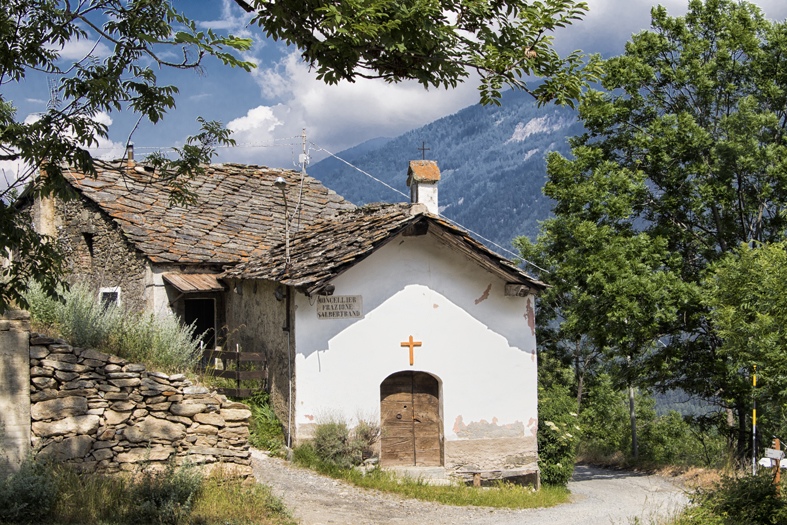 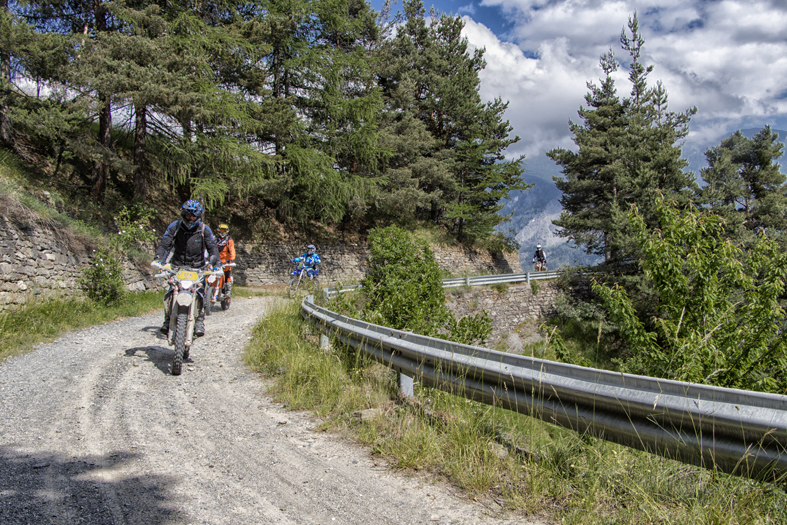 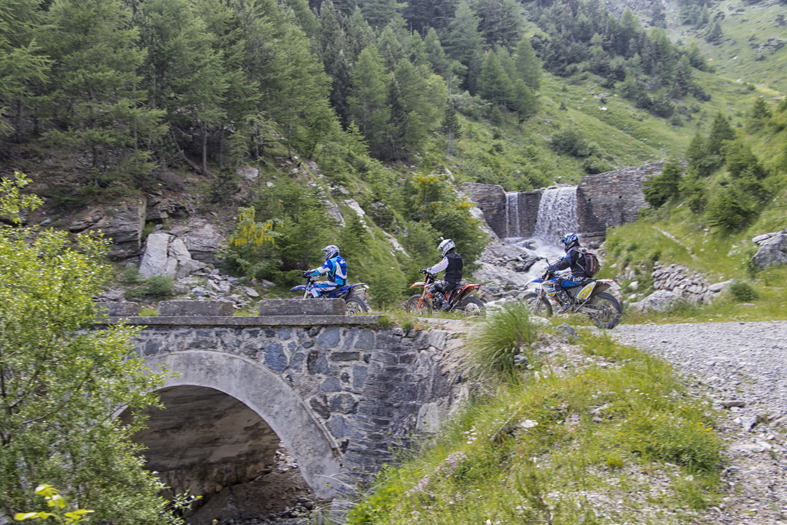 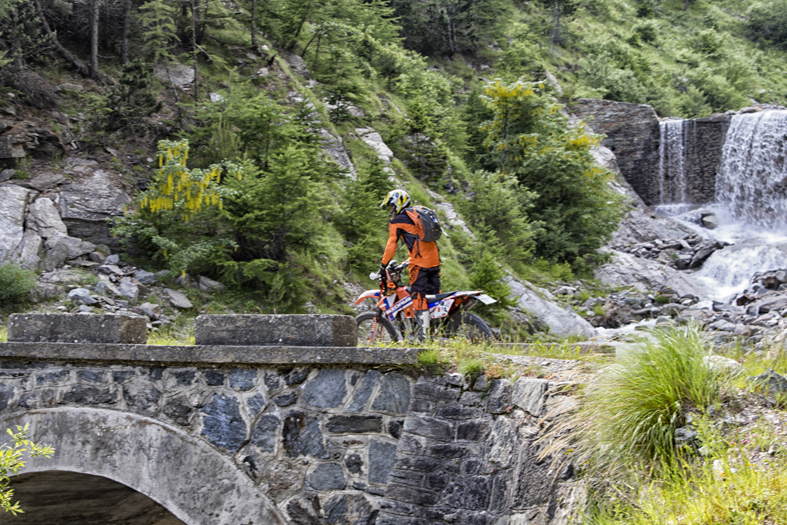 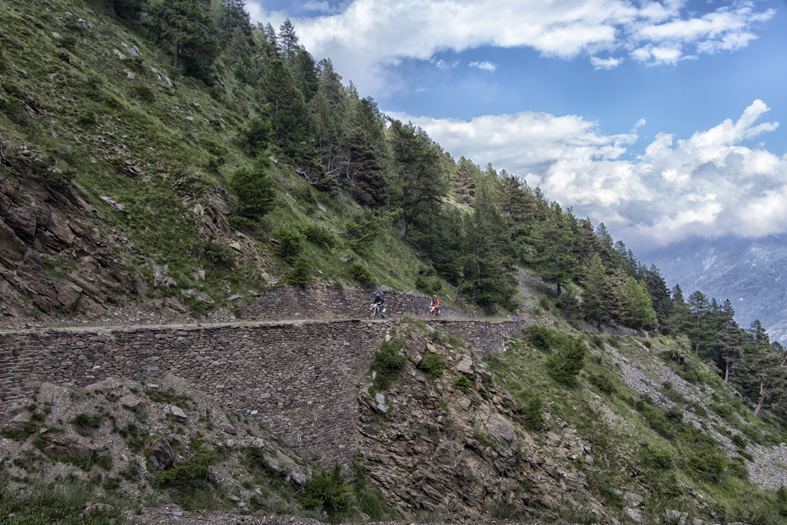 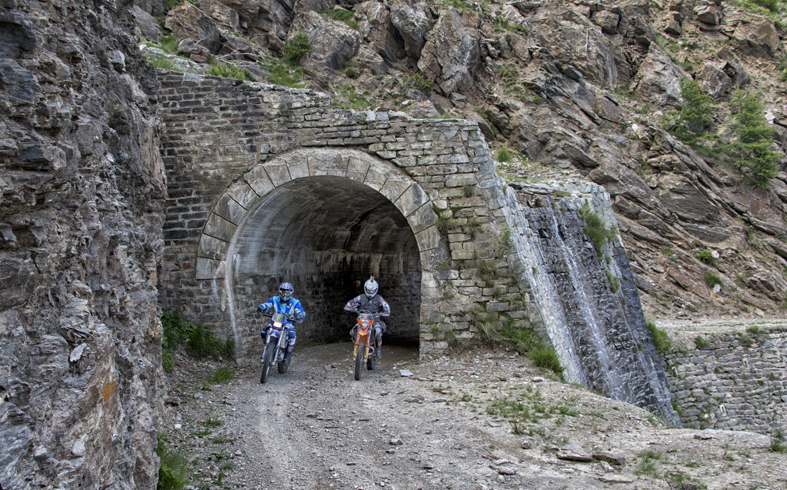 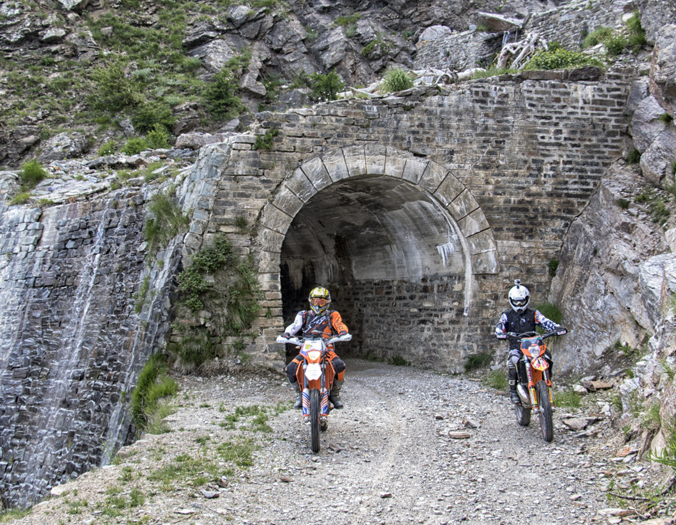 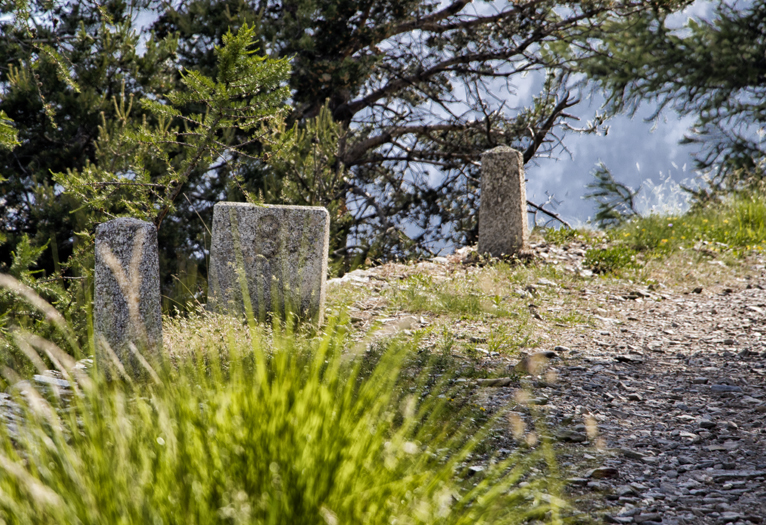 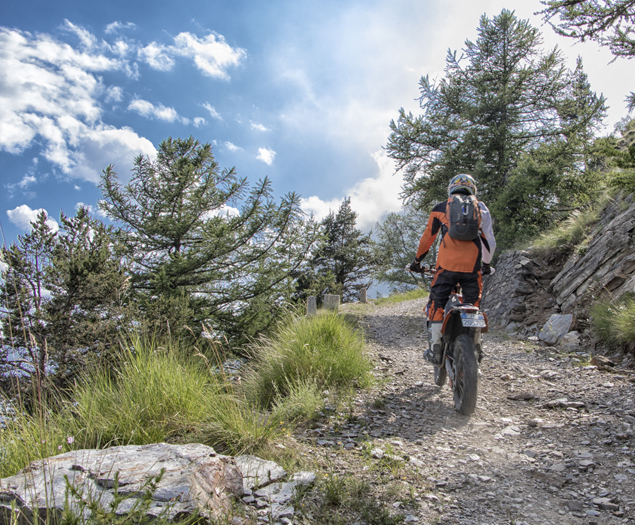 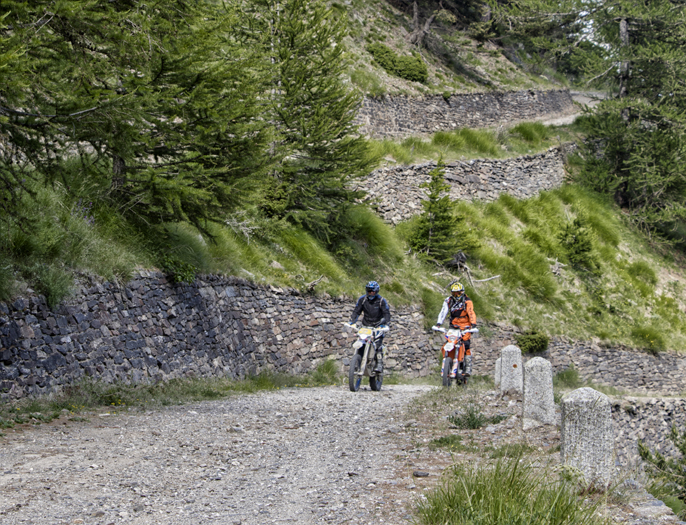 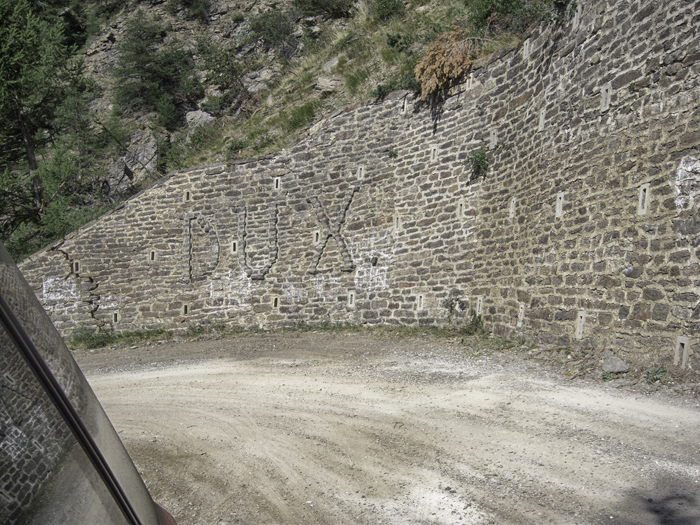 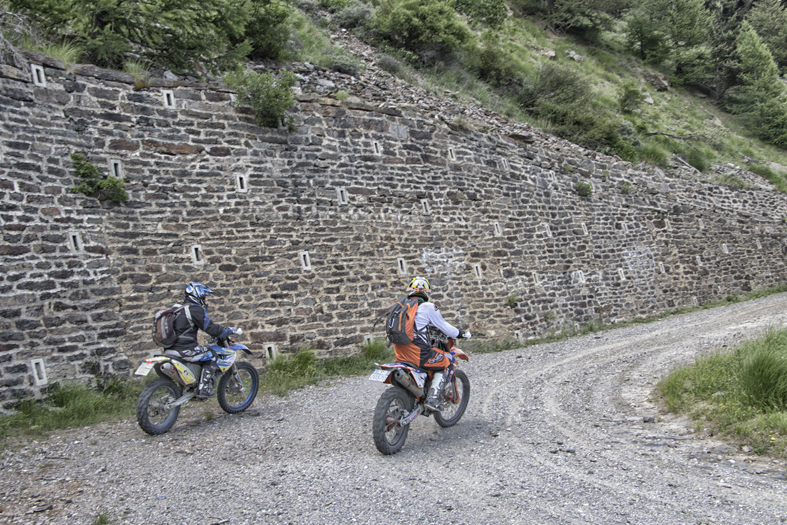 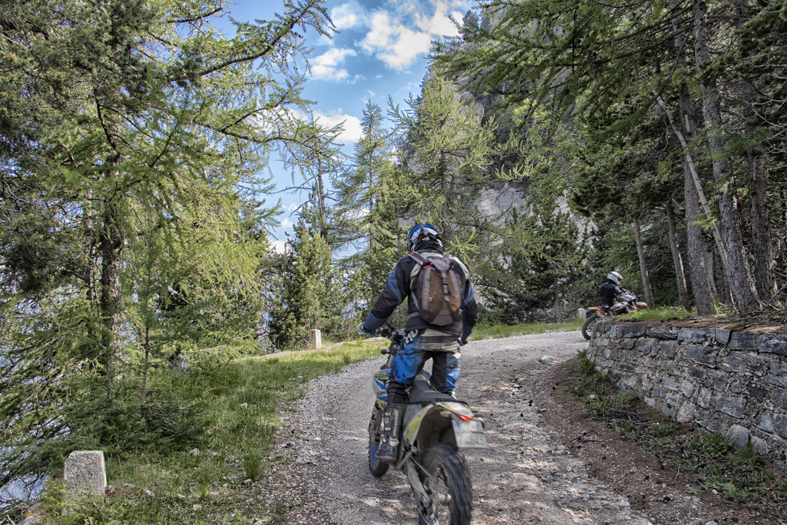 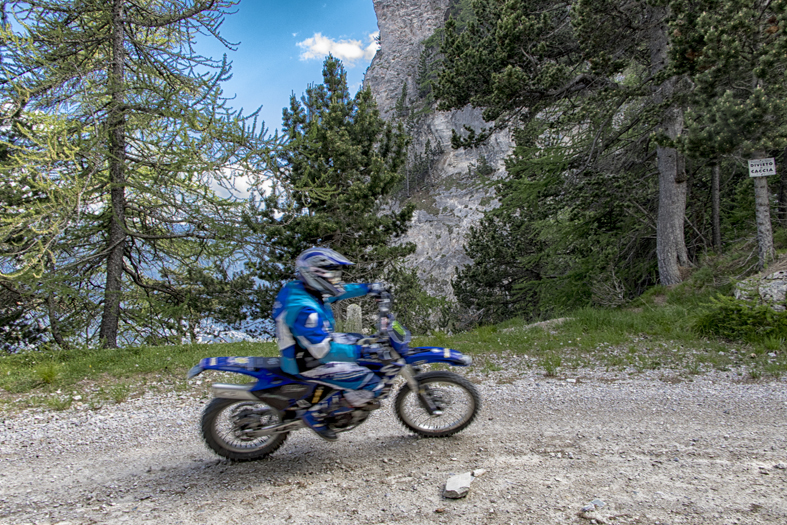 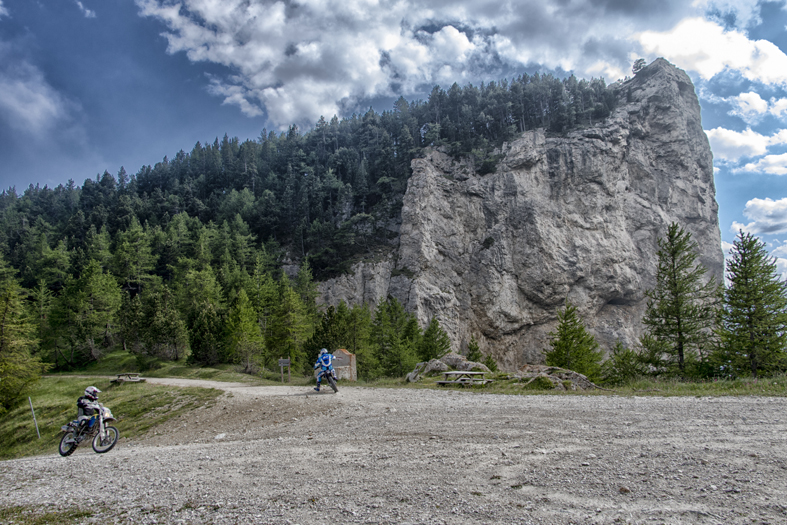 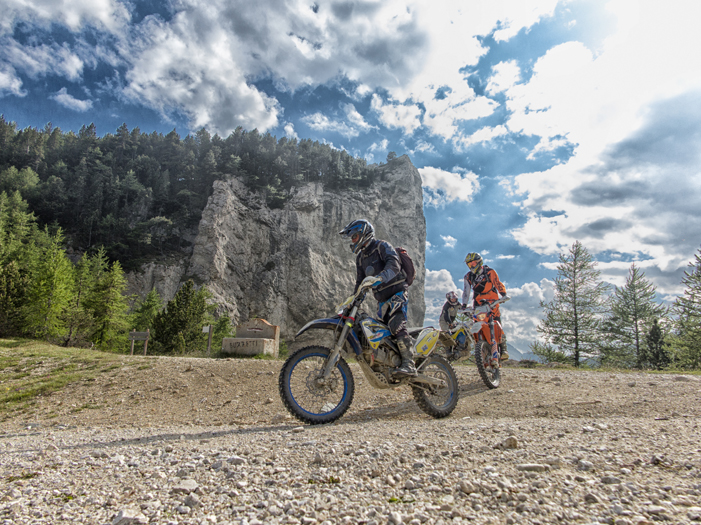 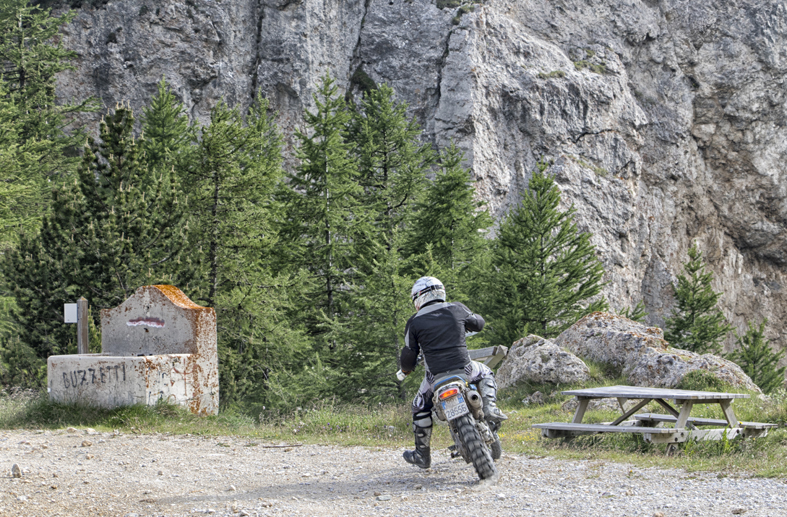 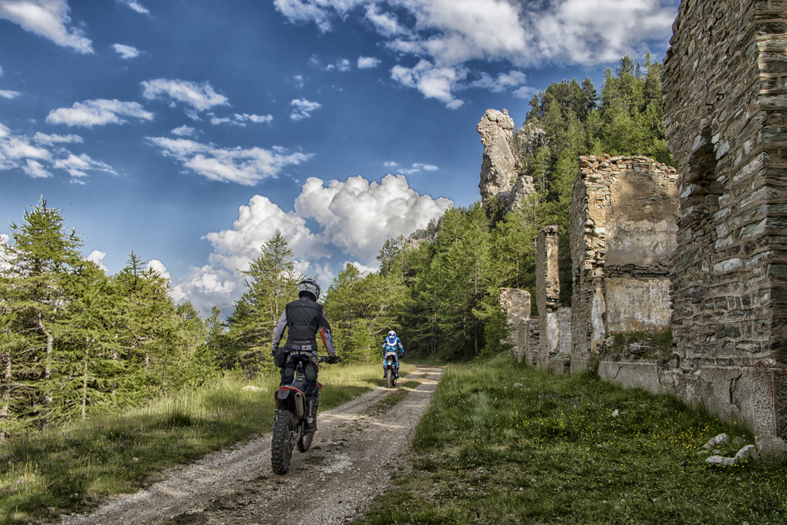 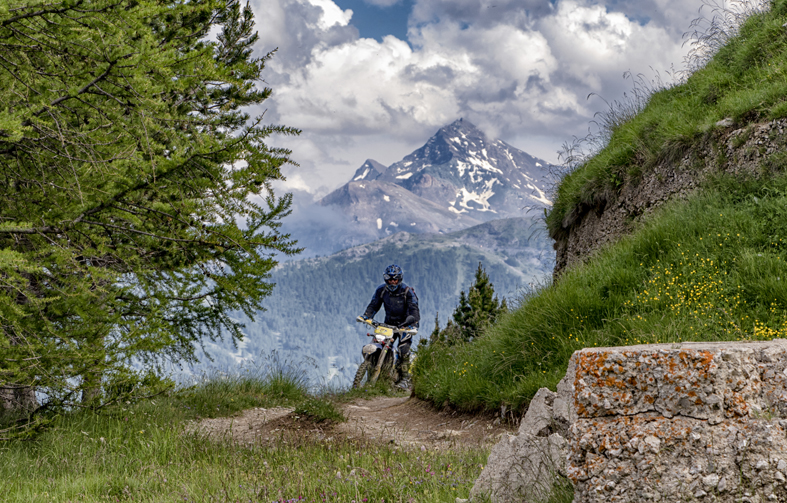 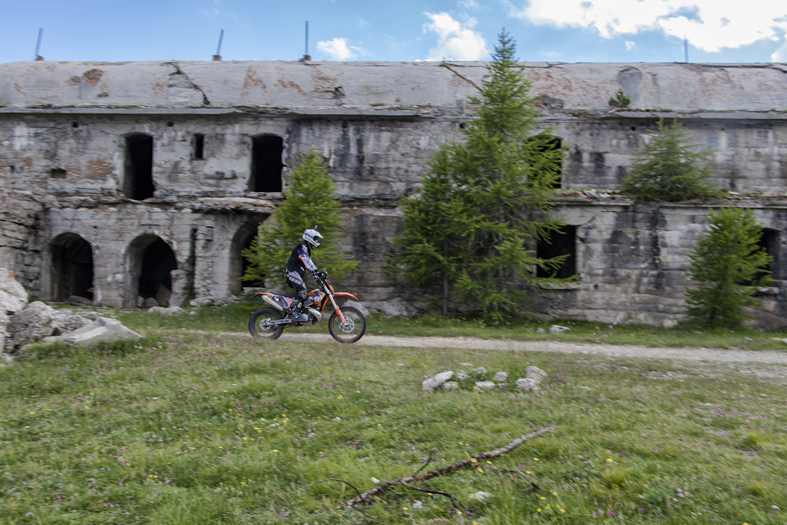 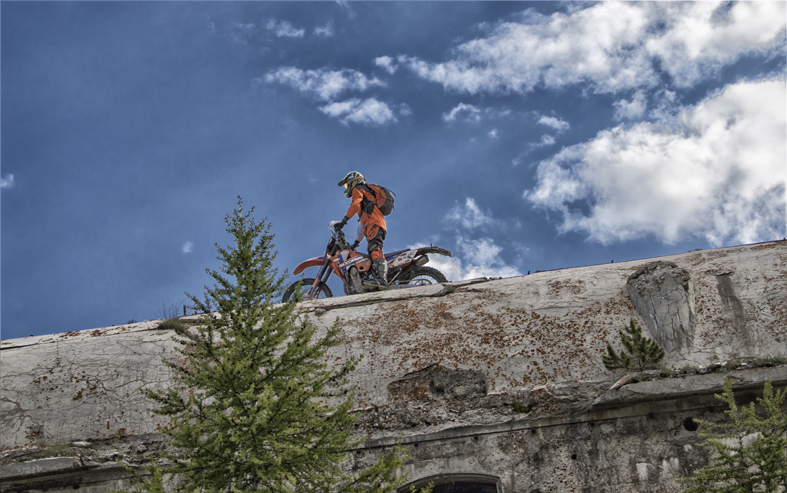 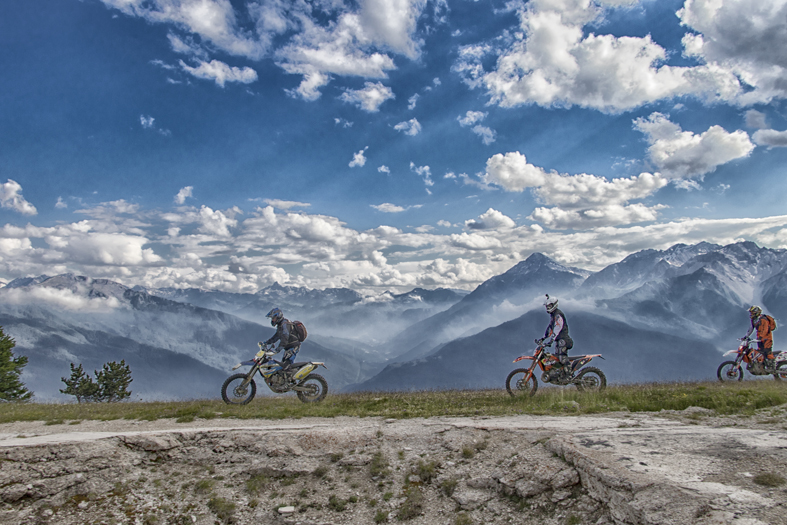 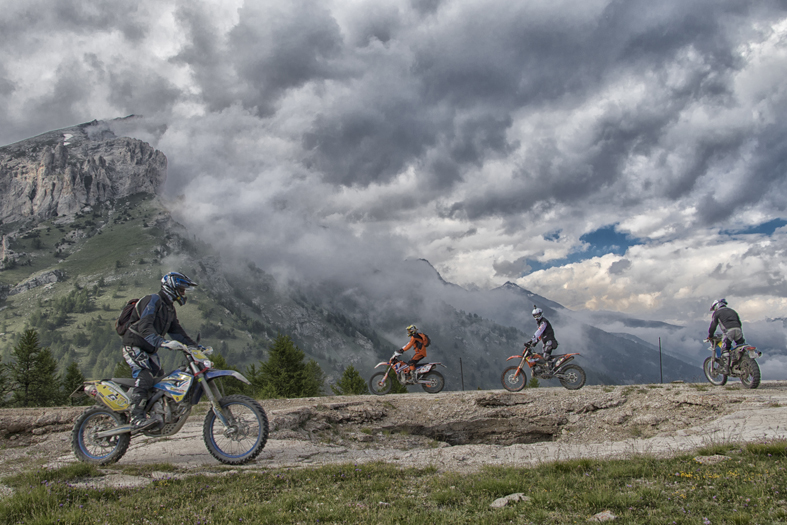 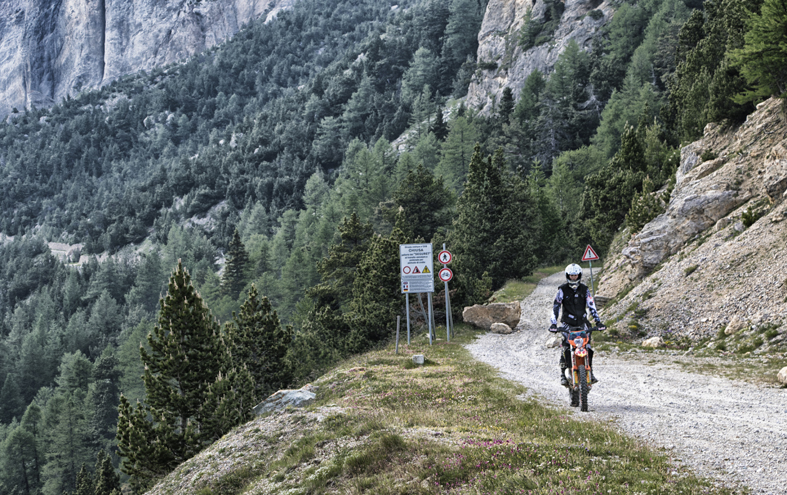