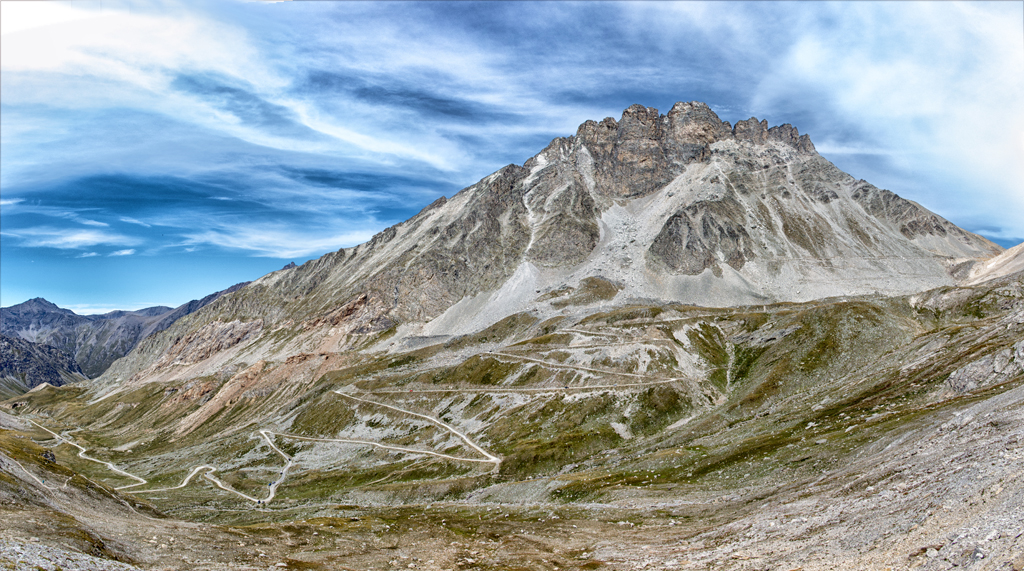 Sommeiller hill ( 2993 m, 9,819 ft) is one of Europe’s highest mountain pass and it’s considered the bikers “Europe’s roof”. It’s a wonderful “adventure road“ from Bardonecchia to Sommeiller hill, a carriage road open to traffic but opened for a limited period that changes every year according to weather conditions, normally from the end of july until the first autumn snowfall.

Starting  from Bardonecchia, the rise is 26,3 km with a climb of 1711 mt. The average percentage is 6,5% with maximum gradient of 19%.The asphalted part of Sommeiller hill it’s only 20% of the entire route and it runs until Rochemolles, after 6km.

The route starts from Bardonecchia until ROCHEMOLLES hamlet, which following the county road SP235 which is asphalted, climbs the orographical left side of the valley. This stretch of road must be travelled paying attention and great caution because the road is very narrow and sometimes you can loose your vision through the woods reaching this 1620 m high alpine village,  founded more than a thousand year ago which was independent from 1336 to 1926.

Just crossed the little village starts a dirt road enough easily driving which passes beside  ROCHEMOLLES DAM until you reach a wide lawn which is the base of the massive mountain called ROGNOSA D’ETIACHE characterized by spectacular falls, where you can reach SCARFIOTTI REFUGE 2165 m high.

From that point when the old military road ended to the foot of the mule tracks that connected the outposts and the observatories at a height with a spectacular slope with hairpins it is reached PIAN DEI MORTI.

The last kilometers of climb to reach SOMMEILLER HILL are the hardest but the most amazing thanks to the the wonderful surrounding Alps view. Immediately after the pass the french border is found ; the dirt road continues after the parking alongside a little lake but it is allow only on foot or bike, a few minutes walking and you can reach 3009m.

Few people know that Sommeiller hill and peak take their name from the engineer who directed the jobs of construction of the historical railway tunnel Frejus, opened in 1861.

The pass is between Sommeiller peak ( 3333 m) and Rognosa d’Etiache ( 3382 m) and connect Susa Valley with the village of Bramans in Maurienne, which is not connected by a viable road until the hill, but only by a mule track..

Every year- from 50 years-in July at Sommeiller hill the motorbike meeting “ Stella Alpina” is organized, and many motorbikes from all Europe take part to this incredible event.

This last part of the road has been open to a few vehicles only in 1962 when some ski instructors helped to build some ski lifts for summer skiing in Sommeiller hill, precisely 3 ski lifts and a hotel-refuge which has been deserted  during 80s for the glacial retreat and they were recently demolished. The ice field is all that remain of that glacier. 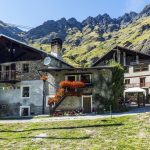 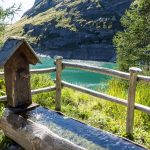 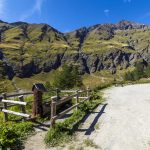 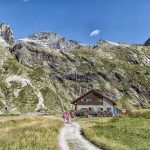 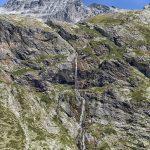 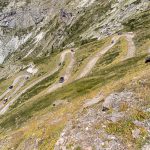 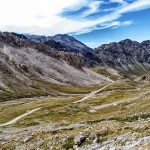 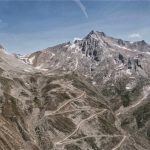 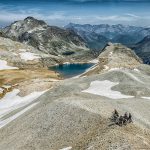