Bardonecchia: on July 13th and 14th the motorcycles meeting “Stella Alpina” on Sommeiller 2019 with camping at Scarfiotti Hut. From July 15thto September 30ththe road is closed to motorized vehicles every Thursday and a toll is due 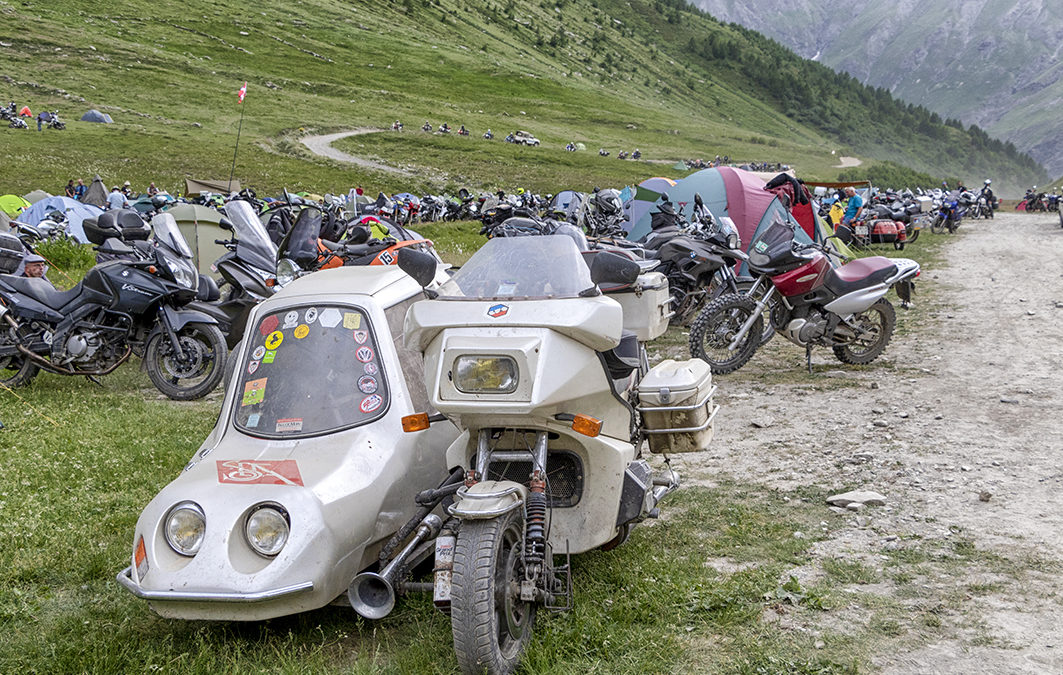 BARDONECCHIA – The second weekend of July, Saturday 13thand Sunday 14ththe motorcycles meeting “Stella Alpina”on Sommeiller is back: technically it’s not a rally, because it’s not organized by a motorclub as requested by the official rules, but it’s a motormeeting: a self-organized kermesse, now at its 54thedition, which rounds up motorbikes lovers from every european country, with the presence of extraordinary motor vehicles and unusual bikers out of every category. This event will have its clou in Rochemolles valley in High Susa valley, with the campside at Scarfiotti Hut, 2165mts, under the wonderful Grange du Fond’s waterfalls, and then the climb to Sommeiller hill’s 3000 mts of altitude, that makes this appointment the highest motorbikes meeting in Europe.

The Sommeiller route is the only Susa valley’s road in altitude that hasn’t a military history. Not everyone knows that on the old Sommeiller glacier, on the north face of the homonymous peak at 3333mts, there was a famous and well equipped summer ski center, with the built of an hut/hotel, 2 skilifts and a mobile skilift made with a snowcat. The road had been realized by the tourist board that had been managed the structure and the ski resort, which ruins were demolished in 2000. The ski slopes and the hut were opened again from 1963 to 1984, when they were definitely closed because the ice had completely disappeared.

For technical and organization reasons, this year there isn’t the dining tent set on Picreux, before Scarfiotti Hut. The hospitality for people who don’t want to spend the night in tent is guaranteed by the hut, or in Rochemolles and Bardonecchia, in the tourist accomodations reported in our website, or booking in the Bardonecchia tourist board.

The road will be accessible up to 2,993 meters of the hill, thanks to the accommodation interventions carried out in recent days by the Agricultural Consortium of Rochemolles. 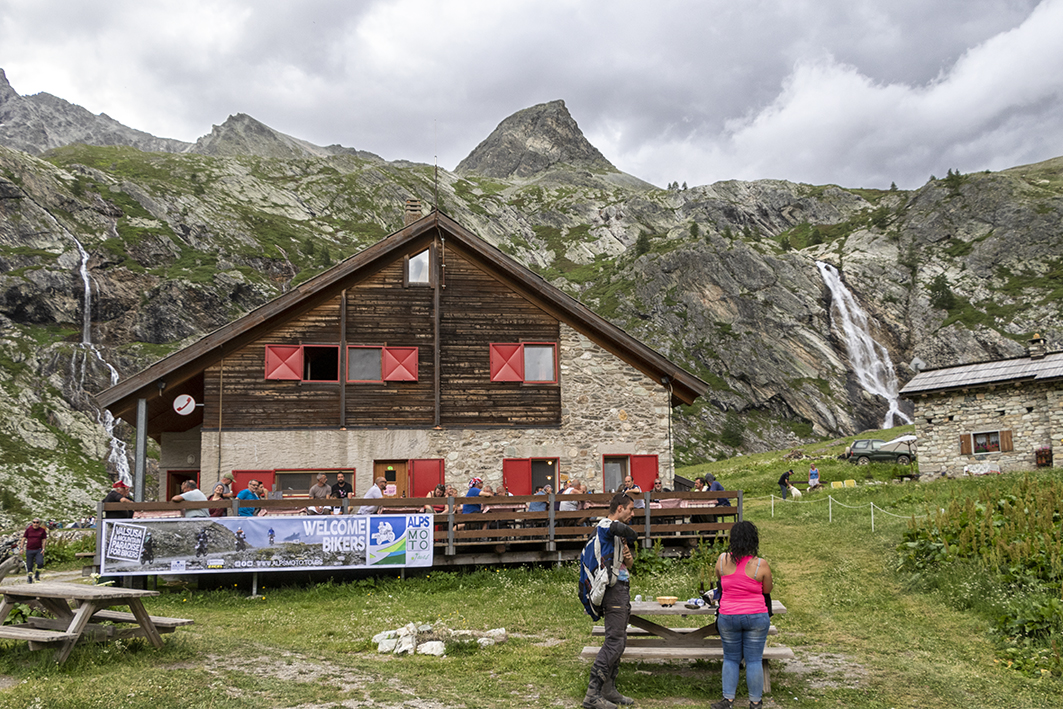 Also in 2019, from july 15th to September 30thBardonecchia municipality enacts a Limited traffic zone: as every year, the road to Sommeiller hill will be closed to traffic every Thursday from 00 a.m. to 12p.m. Every other day the traffic is permitted from 9 a.m. to 5.00 p.m. payinga toll of 5€which will be paid directly at Grange du Fond to an employee in the toll house near the crossroad to Scarfiotti hut. Bardonecchia’s municipality will use the toll for manteinance and stability’s works of the highest part of the road, which road surface needs extraordinary works every summer to guarantee its practicability.

This measure rules also the access or ban in all the other roads and mule tracks of the most occidental municipality of Italy and of its valleys, with the full management of mountain roads and the regulation of tourist and sport trails, selected in exception to the Regional law 32/8e and s.m.i. as trails, mule tracks, forest trails that are viables from may 1stto November 30th. 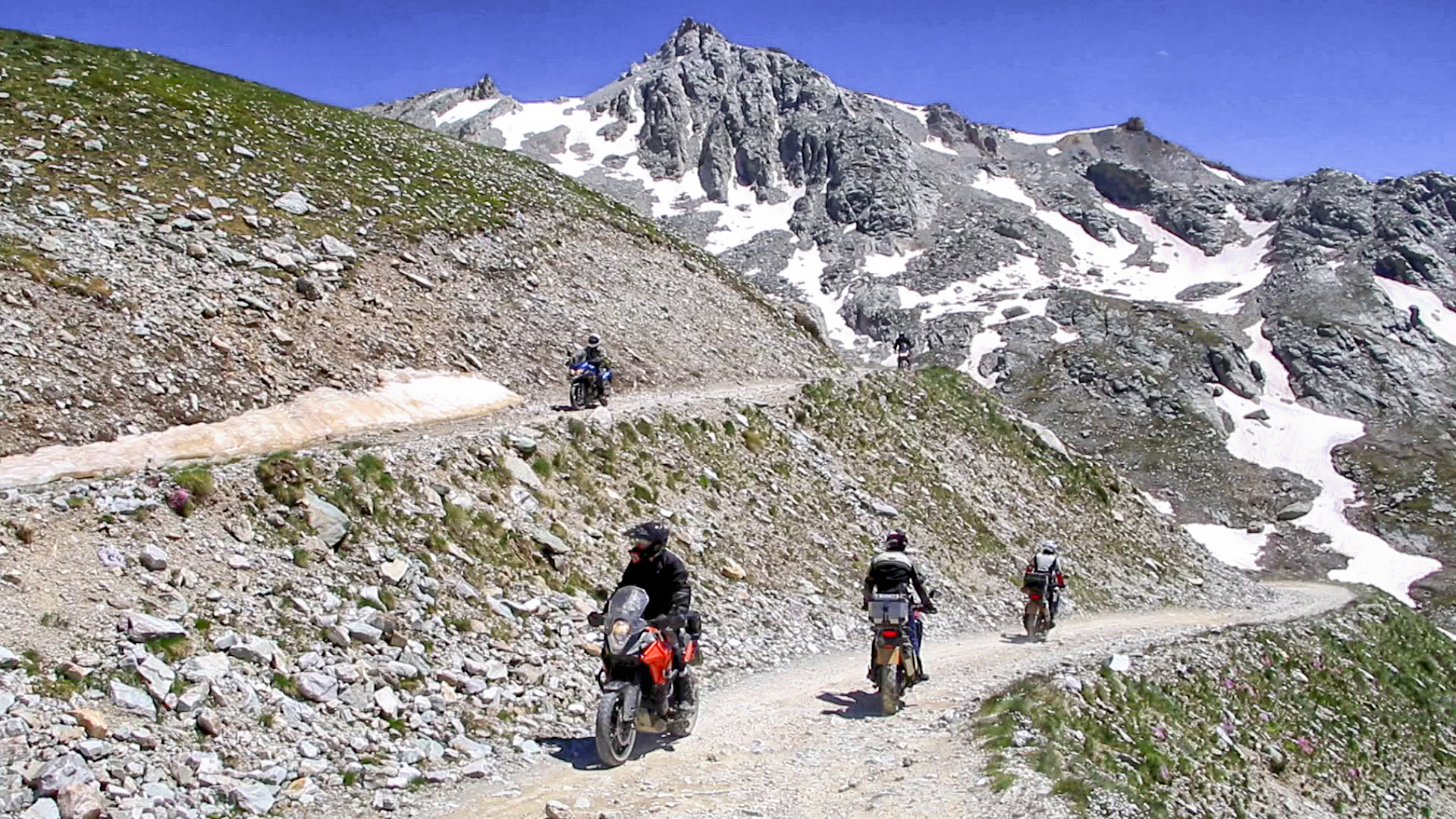